already for three years, the political record has been gondolaed by the political scene. It is about data protection, not more and not less! Finally, similar, if not the same questions, as in the file problem with the police. On 15 September 2017, a draft of a grand-ducal regulation in this context was adopted; 7 months later, on April 5, the CNPD, the National Data Protection Commission, published its opinion. Without going into detail here today: the opinion on poetry and truth from the regulations was a disaster, the commission was in many respects but not even agree with the proposed text. Over a year later, in June 2019, a number of amendments came to the project, which were however submitted to the CNPD alone, to no avail on the part of the ladies and gentlemen, not even the members of the committee responsible. Additional advice from the CNPD was less sharp, but still not positive!

Today, a further meeting of that health commission came and CSV MP Laurent Mosar agreed to finally ask his questions. In response, he received a cold shower: the Grand-Ducal rule was adopted. Etienne Schneider and “Schniggy” Schneider were formal: the regulations were signed by the government on December 6 and have been in force since the beginning of January!

it is indeed a very special procedure! It is hardly premature that the government – yes! Even those from the past – just like the framing of a law, so as to follow the detail with a rule or with a half-hearted grand-ducal regulations; and known in that detail the devil. In this case, however, Parliament has gone wholly behind it, and it is always about the patient’s privacy, so almost Jenny and Menni! Silent words are partisan, e-santé.

How long will the patient’s data be kept? Who has insight? What does it look like to protect minors? Yes, through the same questions, as in the context of the police and the prosecution, with only the slight difference that everyone here is concerned, started with his first vaccination as a child until his last medication shortly before the exit.

Also interesting is the political scarletism that the patient file from August 2018 to December 6 has no legal basis at all. This was taken on Kleeserdag in the Hauruck process. And on the one hand, this concerns the patient, on the other hand all the so-called “professionals de la santé” that are yet to be defined: thus doctor, nurse, pharmacist etc.

The political scarletism can of course also have been political calculus. The President of the Parliamentary Health Commission is still the former Minister of Health Mars di Bartolomeo. And the man always said: the electronic patient card is coming. A villain who thinks that evil! Well, 10 years later, he would now have set his sights! In doing so, it would have been meaningful to hold a discussion. 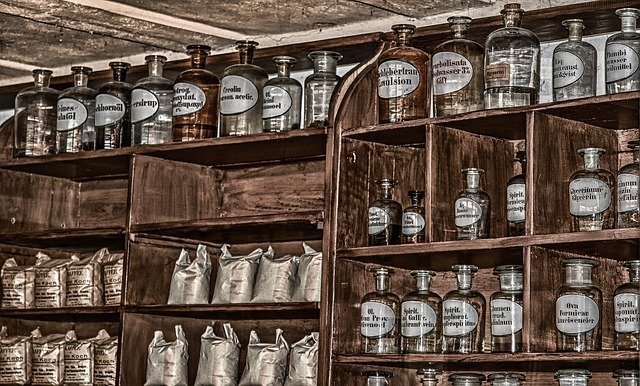 Image par analogicus de PixabayExample: You go to the doctor and let yourself prescribe a drug. With your order you go to the pharmacies. Already on his screen, you can see what you are doing to so many drugs, so not just the antidote, but still sleeping pills, antibiotics, Viagra etc. The pharmacist is like a doctor a confession of persons, which is bound by their secret; but what about the employees in the pharmacy, for example with aide en pharmacie? That person has no professional secrecy whatsoever. And it is only a matter of time before the various pharmacies are informally interconnected.

The Socialists on the Misery’s Bridge

Around the wolf book days

How is eternity conjugated?

Politics along with the people

Bad moments for the government